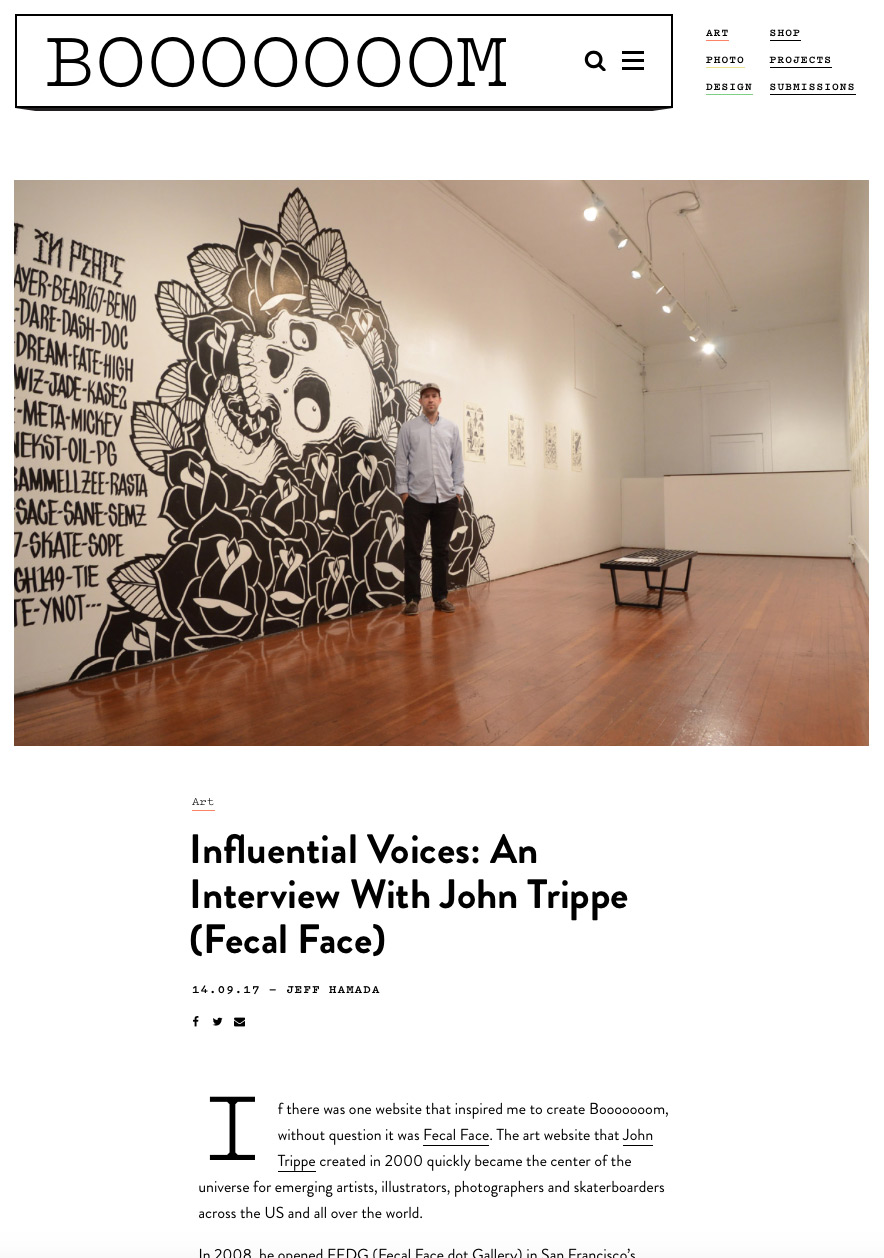 It's a giant honor to be one of the first features on the newly redesigned BOOOOOOOM, the highly influential fine art and culture website. Jeff Hamada, the site's editor, reached out for this interview where I discuss my 15+ years of working on Fecal Face. Read a snippet below and/or the complete interview HERE.

If there was one website that inspired me to create Booooooom, without question it was Fecal Face. The art website that John Trippe created in 2000 quickly became the center of the universe for emerging artists, illustrators, photographers and skateboarders across the US and all over the world.</p>

In 2008, he opened FFDG (Fecal Face dot Gallery) in San Francisco’s Mission district and continued to champion art and artists using both his physical and online spaces until early 2016. Then John and his wife Jessica moved their family to Portland, Fecal Face was officially put on ice, and the Internet was immediately worse. And it hasn’t improved since; algorithms are replacing human curation and pandering to audiences is at an all-time high. I had no choice but to contact John to ask him about the 15+ years he spent curating art, and to find out what it will take to bring him back.

Jeff Hamada: I graduated high school in 2000, the same year you started Fecal Face, and went straight into art school. I liked making art but I remember a classmate asking me who some of my favourite artists were and not being able to name a single one. Shortly after that I found your site and it was one of the first places I encountered art that I actually found interesting —artists like Dave Kinsey, Barry McGee, Jeremy Fish, Mike Giant— I’d never really seen anything like it. Can you talk a little bit about your first encounter with art where you felt a connection?

John Trippe: I spent my teenage years in Toledo, Ohio and they have an incredible art museum there, the Toledo Museum of Art. My first taste was wondering around in there. Next I would say it was growing up focused on skateboarding. There were so many weirdos involved in the skate scene during the mid 90s. All kinds of great ideas in writing, visual art, and humor permeated throughout skateboarding. So many great graphics, videos and magazines. It seemed like everyone was self-taught and skateboarding was all about the DIY ethos. So you have a small industry run by a bunch of creative weirdos, who were free to run wild and art-direct themselves. I absorbed all of it and was surrounded by it, so when I started the site there was so many creative people in my life having been working in skateboarding at the time. I just focused on my roommates, friends and skateboarders, and those associated in the industry. The site grew out of that.

Excerpt from The Creative Lives - "Passionate and humble, John Trippe created a website to share his photos and art in 2000, what ended up happening was the creation and curation of a successful art sharing template that would inspire an entire movement online.

John moved to San Francisco to pursue skateboarding and art. Before long he was publishing his own art 'zine called Fecal Face, and when digital publishing when in its infancy he released fecalface.com. The website would go on to spread art across 50,000 unique visitors a day and inspire generations on how you can adapt to do what you love on your own terms. Fecal Face celebrated it's 10 Year anniversary at The Luggage Store Gallery, a location he had been inspired by as a young art fan in San Francisco. In this episode we follow John as prepare for the blowout group show and reflect on the website's past and future."

Here's a short I directed for Element Skateboards on artist/ designer Michael Leon in 2003. Michael Leon owned Commonwealth Stacks at the time and has gone to lead creative at Nike, Patagonia, Levis and now Sonos.

I'm still proud on how this turned out. I feel it captures the joy of creating and working creatively and was incredibly fun to film and edit.

I spent most of my time behind the camera, but here's a little footage of me in front of it skating around the streets of San Francisco in the late 90s.

*Random interesting facts: Josh Kalis did the filming at Hubba, and I was on crutches for 3 months after that ankle break.

Deluxe, A Behind The Scenes Look

The Hundreds did a feature on Deluxe Distribution where I'm the ECommerce Product Manager. A great behind the scenes look at this San Francisco based skate company, producers of REAL, Antihero, Krooked, Spitfire, Thunder and Venture. 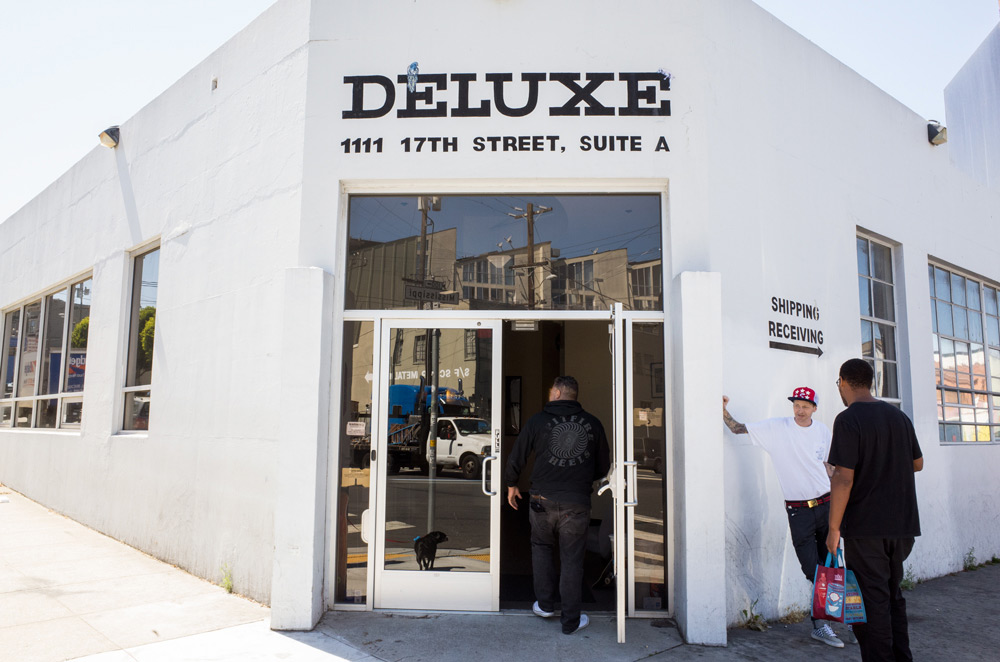 One thing I love about traveling is getting a chance to link up with people you respect. While up in SF on a trip, I had the chance to visit Mickey Reyes and Jim Thiebaud and the rest of the good people of Deluxe Distribution, who house such brands as Real, Krooked, Anti-Hero, Spitfire, and Thunder, to name a few. Coming from a skate background, you could understand the excitement I felt to pay a visit to their HQ. I love getting a glimpse into different working environments, especially when it is a group of individuals who truly love what they do and who they work with.

Through the past couple of years, I have admired and looked up to the work ethics of Mickey and Jim. The positivity they give back towards the community of skateboarding is simply awesome as well as inspiring. In this day and age, with skateboarding becoming more and more corporate every other day, it’s great to know that behind such rad brands there remains a solid core. Coming from a time when skating made you an outcast, there were amazing pros, but no lucrative shoe deals or energy drink sponsors. People, back then, did it because they loved it, because it was an outlet, because it gave them a sense of individuality. By the time I left, it was reconfirmed that Deluxe still maintains those feelings to this day. Thank you again, Jim and Mickey, for allowing me to see some “Willy Wonka shit.” 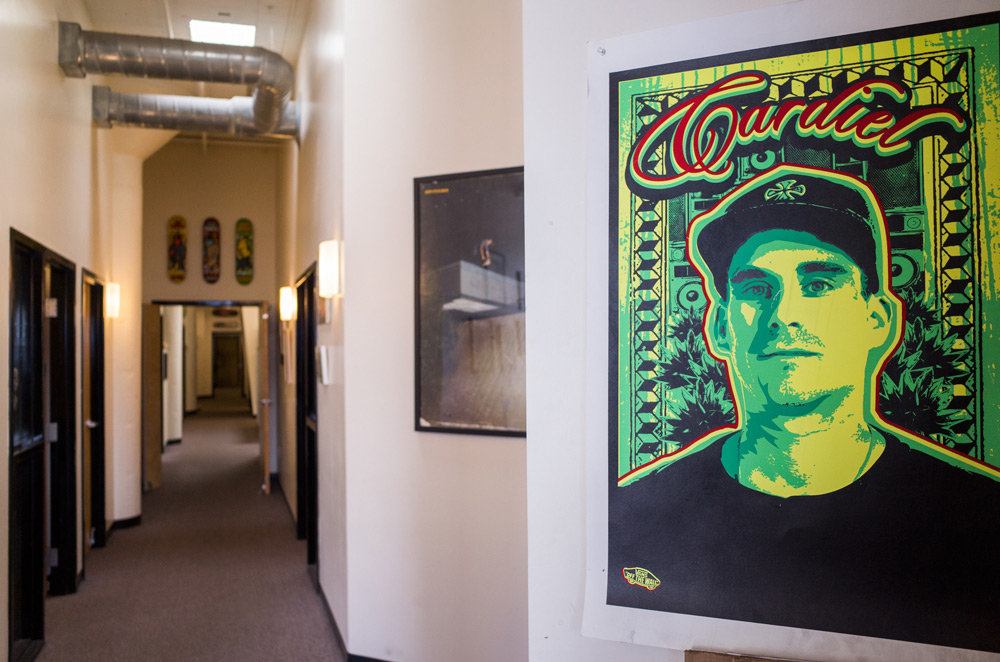 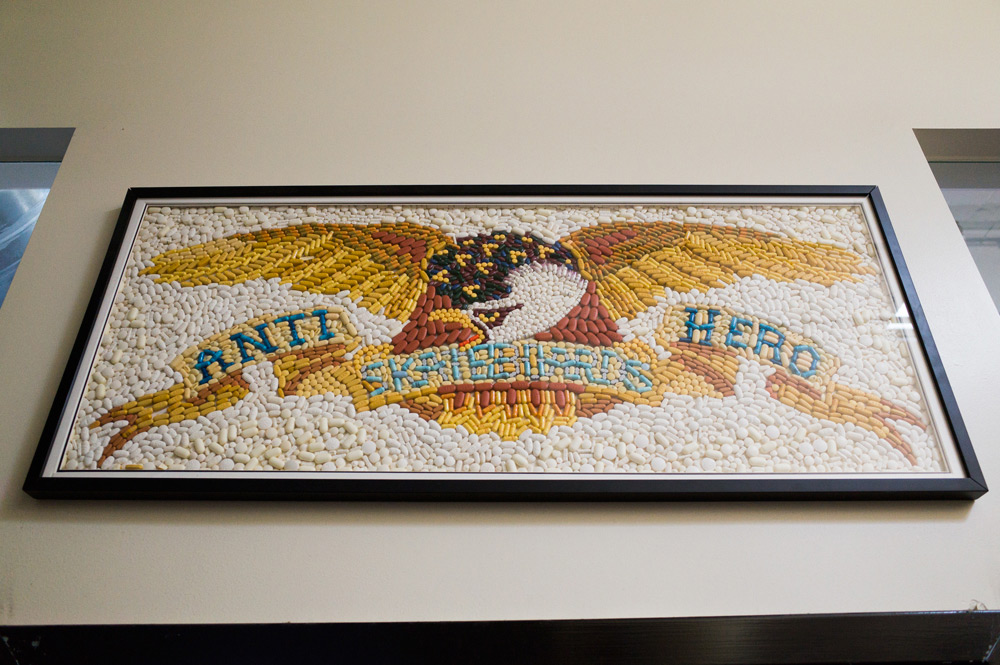 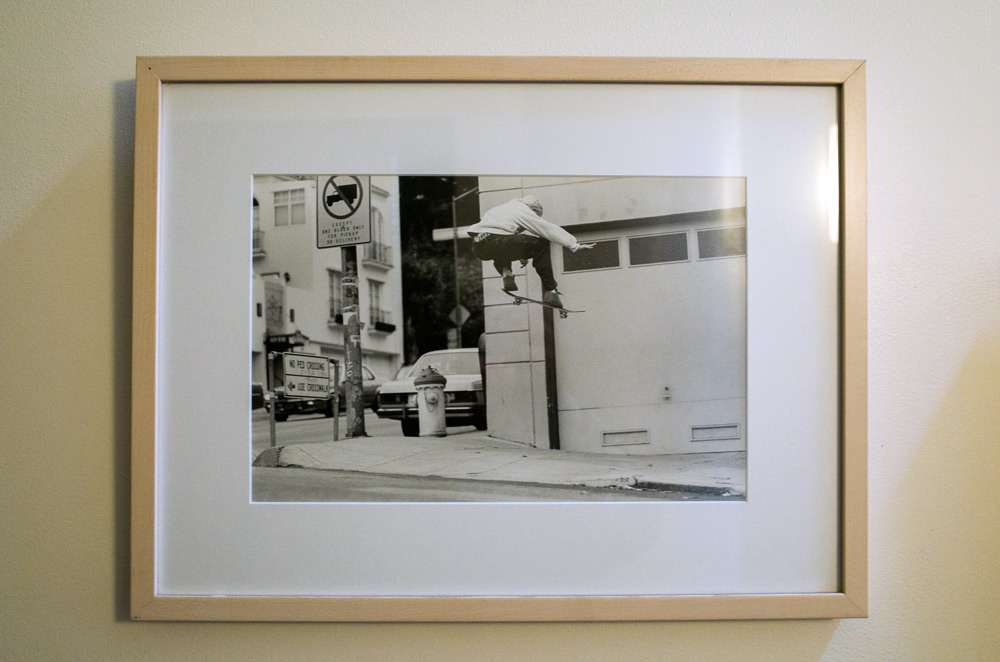 Classic photo of Huf shot by… 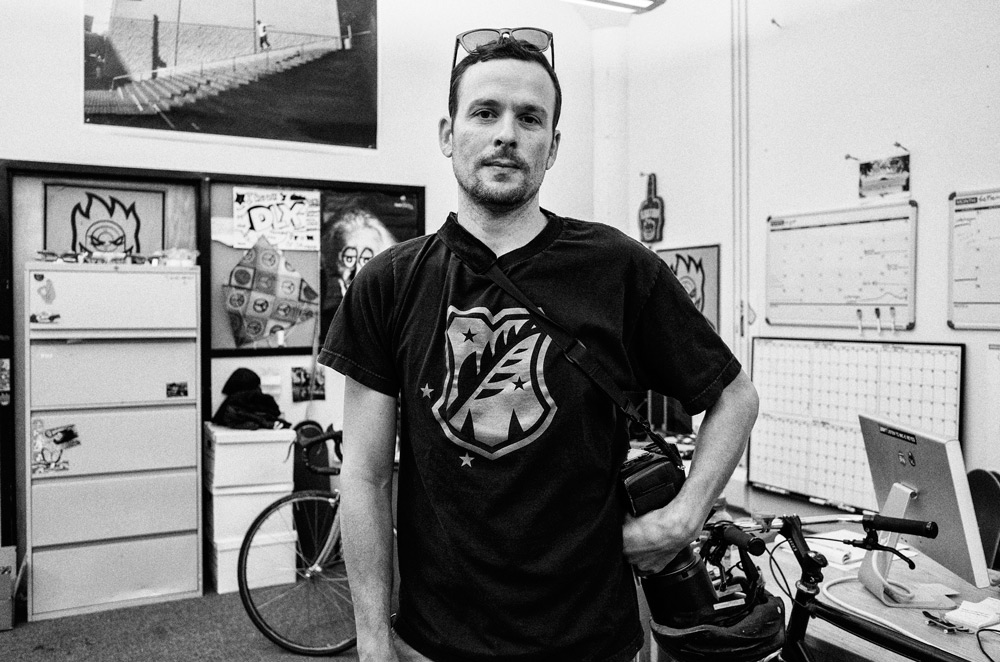 The man, himself, Gabe Morford.

In the late 90s and early 2000s I filmed skateboarding in San Francisco on almost a daily basis for companies like Thrasher, Transworld, 411VM and many others, and every evening, after a long day of filming, I would go through and log the footage and add edit onto VHS tapes so I could watch the footage over and over without wearing out the HI8 tapes (remember analog?).

I’ve been slowly going through these VHS tapes and posting some of the footage up on YouTube.com/c/JohnTrippe/ - There are some gems in there highlighting a time and place in San Francisco’s skate scene.